The Lady From Montana: Jeanette Rankin 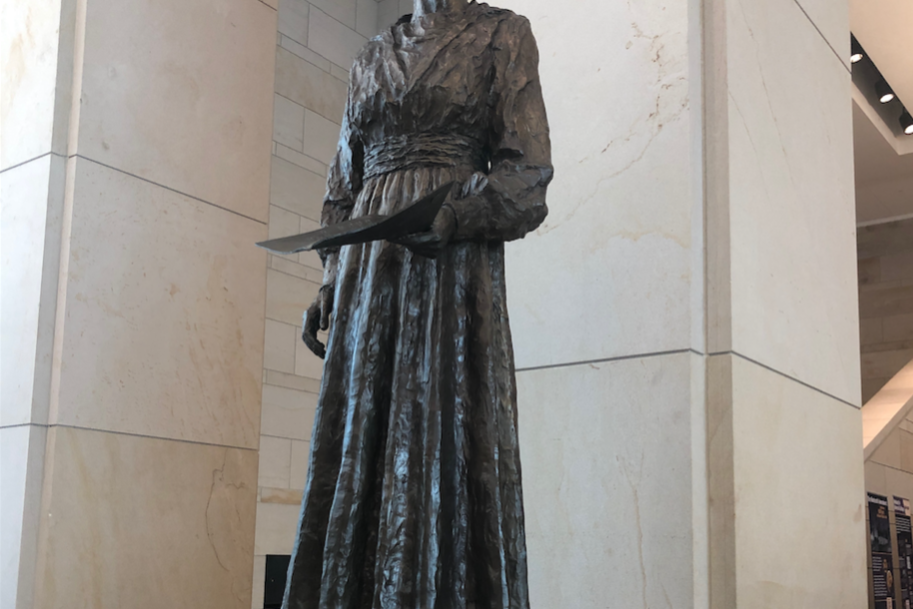 In this specific moment in history, our country is seeing the greatest political participation we have ever seen by women. It is phenomenal and exciting, but I have noticed that there is one figure that is often unknown in this regard: Jeanette Rankin – the first woman ever elected to Congress.

The question of a second looming world war came crashing into the nation alongside the waves of Pearl Harbor on December 7th, 1941 when a Japanese attack changed the nation’s character forever. At odds with Democrats and Republicans alike, the infamous ‘Lady from Montana’ Jeannette Rankin had spent her career championing nonviolence with unwavering pacifism. As the first woman ever elected to Congress, Rankin was being watched by the skeptical eyes of a nation, judging and analyzing her every move By 1941, this same nation was infatuated with an unprecedented zeal for vengeance in the form of WWII indicating a precarious situation for Rankin. As the House vote on declaring war on Japan proceeded, 388 ayes flew across the room met with one singular nay. The voice of that one opposition vote belonged to a woman who would challenge all political precedents trying to protect the nation from the carnage of all-out war, no matter the personal risk. With her trailblazing career teetering on the edge of a one-sided national debate, Jeannette Rankin wore her pacifist beliefs unapologetically and with deep conviction.

Though I’m not completely sure where I stand on specific policy outlooks Rankin held, I admire her immensely for the courage she exemplified. For her, it was not about her re-election or popularity, but instead, her morals and ideals. No matter the damage, Rankin refused to apologize for her votes. She did not stop the war, but she showed the country what it meant to fearlessly champion a cause. Rankin stood as the only member in all of Congress to vote against both wars — a decision that invited heckling, media villainization, and physical threats. Though many disagreed, Rankin did what she thought would best protect American citizens. In my view of it, Jeannette Rankin was a politician that put politics aside to pursue her idea of a greater good.

Rankin was a changemaker — plain and simple. She was a fearless leader that I truly believe more people should hear about so as to be inspired. Her lessons don’t come in the causes she championed, but the unwavering strength in her resolve. The story of Rankin has proven something to me that I often question as a young woman hoping to work in public service: It is possible to maintain your ideals, even in the most extraneous circumstances.

Let me know which figures are, in your opinion, incredible people but often unknown to the masses!!