Criminal Justice Reform – Is It Really That Important? 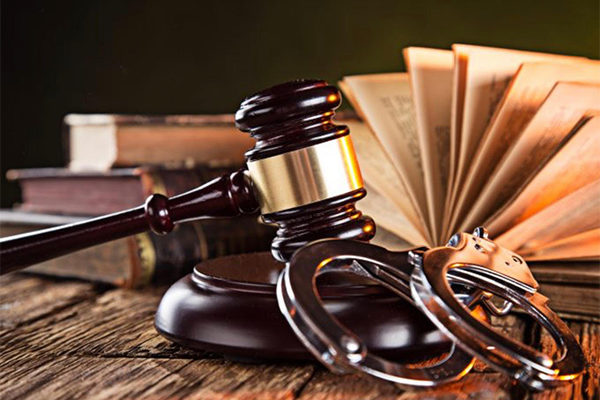 As 2020 presidential campaigns gear into full swing, the table of stump issues is being intricately set with great attention to the most politically advantageous avenues to populist support. Especially in the Democratic primary race, the wide array of candidates are laying out plans covering everything to Medicare for All, a Green New Deal, taxing systems, and education reform. However, it seems that the issue being pushed from the contentious limelight is criminal justice reform, a far-reaching and critical issue that has yet to receive the consideration it deserves.

Though the issue has been minimally discussed and in some cases has earned an honorable tab under the issue pages on many candidate websites, it is far from becoming a major point of debate. It is an institutionalized problem that the country has been at a loss in solving for decades. For the party that has been flying under a banner dubbing them champions of racial and economic equity, criminal justice reform needs to become a priority in order to usher in the era of change we have been so optimistically crusading for.

Problems with our justice system are many and far-reaching. The fact that the system itself is unjust is difficult to dispute as an increasing amount of data all point to the same patterns. African Americans are 6 times as likely to be incarcerated than Caucasians and 4 times as likely to get a harsher sentence for the same crime as stated by the Prison Policy Initiative. Moreover, this research also finds that African Americans are subject to 20% more jail time than whites. Additionally, overcrowding and for-profit prisons that make revenue off of greater incarceration all lead to the transformation from a system that is supposed to bring about integrity to a private money-focused enterprise. Many factors stack up to create the malfunctioning and corrupt processes we know today and Americans are rapidly catching on. They are yearning for changes that are as pervasive as the dysfunctions in the current state of doing things.

According to research conducted by Beneson Strategy Group, a staggering 91% of Americans spanning wide demographics and political ideologies, believe that the justice system needs reform. Furthermore, 68% of Americans would be more likely to vote for a political candidate if they supported reducing the prison population and reallocating funds to addiction and mental health treatment programs. After examining a system that has no standardization, marginalizes people of color, and leaves no path to genuine rehabilitation and reintegration, the large majority of citizens understand and care about seeing change in this arena. Aside from the moral and righteous victories of addressing criminal justice reform, any candidate no matter their side of the aisle, will surely see political success when making reform a priority.

Understandably, candidates are trying to find the issues American will vote on but in the process, forgetting to comprehensively address other vital issues that might also be important. Like with anything, when these issues are placed in the mainstream and become part of a platform, many will begin to see the inherent weight they hold in creating an America that only works for a few privileged individuals. The significance of criminal justice reform to common people is largely undermined by the majority candidates fighting tooth and nail to get sound bites streaming the soundwaves.  As voters, specifically younger first-time voters and those who have been processed in the court systems, look towards the field of candidates, concrete criminal justice solutions and reforms must be presented. For many, this policy could be the deciding factor in voting for a presidential candidate – as it should be.

Some candidates have gotten their feet wet in exploring ways to remedy the broken systems while others have kept the issue at an arm’s length. The most relevant example comes in Senator Cory Booker. Just recently he introduced the Next Step Act, a thorough and specific plan for reform that among other remedies, gets rid of the discrepancy of crack vs. powder cocaine sentencing, combats racial profiling, and takes steps to allow former felons the right to vote. Booker has soared as the leader on this issue as he has taken definitive action on it. However, candidates like Elizabeth Warren and Kirsten Gellibrand have outlined their support for this legislation and vowed to expand programs like these as president. Kamala Harris and Amy Klobuchar, both former prosecutors, also have unique perspectives on this type of sweeping reform. On the whole, the candidates are a mixed bag, something that will likely not remain stagnant as they are increasingly questioned about their stances.

The crux of any democracy is its justice system. Ours is in shambles. In order to be the nation of fairness and freedom we so often claim that we are, criminal justice needs to be put on a pedestal as we repair the system that has buried so many under the sharp gavel of supposed uprightness.

As 2020 nears, criminal justice reform needs to take priority as a campaign issue because our democracy so urgently depends on it.