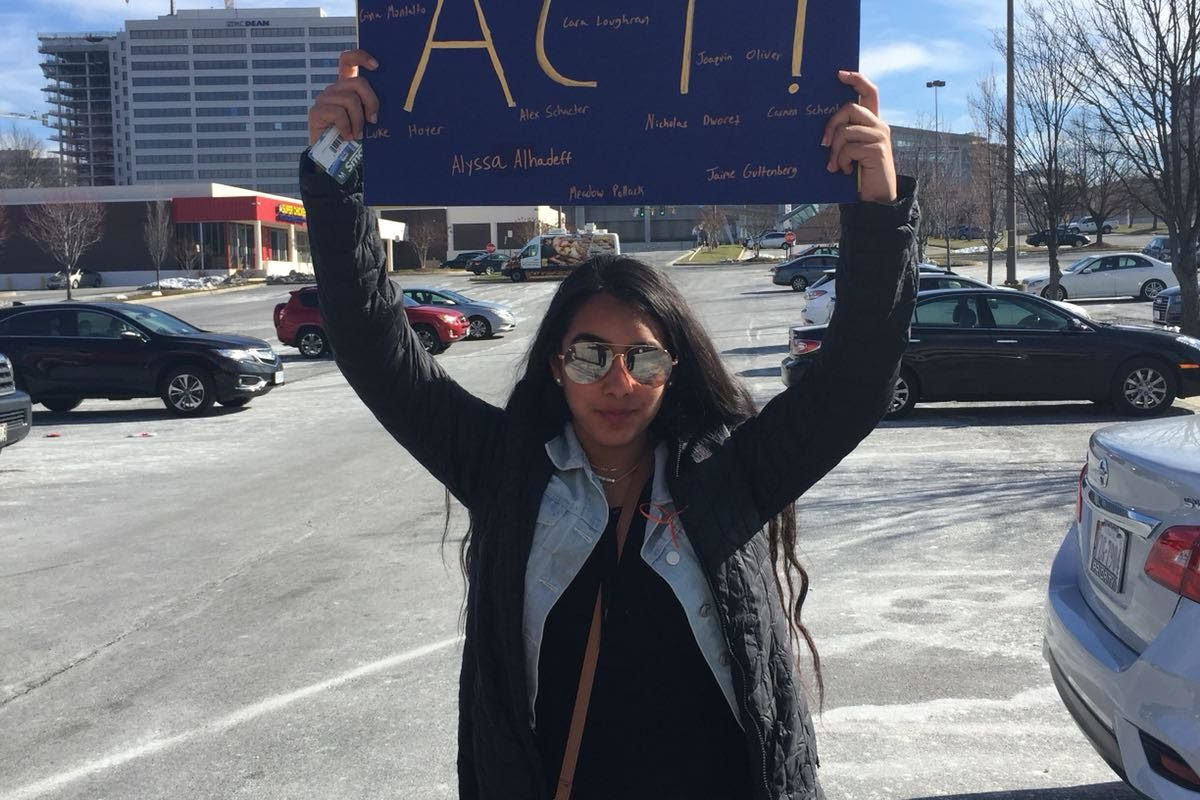 January 21st 2017: Women’s March on Washington with a mission to spread the word that “Women’s rights ARE Human Rights”

My alarm went off at 5:00 AM in the morning. Usually I would complain and hit snooze button, but not yesterday. I got up at the first annoying buzz of my phone, because I had a mission. A mission to participate in an event that I knew would mark the pages of history books 10 years from now. An event that little girls would hear about and be inspired by. An event that had the power to send the world a message. We drove to the metros with huge signs in our hands. Signs in bold markers that read “Fight like a girl” and “Injustice anywhere is a threat to justice everywhere”. Messages that we held proudly. We were ready and we were fired up. I was ignited with a fierce passion for the need of equal rights. A passion that enshrouded my whole body. An excitement came over me that made me want to get out of the car and run to DC if it was humanly possible, but I settled for the metro….

Lately as I’ve looked at our great nation I’ve noticed lots of negativity. Negativity from all people about many social issues. I always sense so much energy with a common goal of helping the US reach its full potential, but this energy is expressed in negative and sometimes unkind ways. Yesterday, the case was different. As soon as we got the metro station we saw hundreds of people all holding signs, all smiling, all with the same mission as I. Every time a Metro train would pull up the hundreds of people would start cheering. When we got onto our own train people cheered for us. Thankfully we got our Metro cards at 12PM the night before which helped with the line.  People were genuinely happy and excited to express their beliefs in a peaceful and meaningful way. When we got to the station in DC these things continued. The crowd was so big that it took us half an hour just to get out of the station but the whole time people were taking part in chants like “I am a feminist”, “Fired up, and ready to go”, “Women’s rights are human rights” and oh so much more. Even men were there marching alongside us fighting for human rights. Well, needless to say we got to the rally “Fired up and ready to go”.

I was watching the speeches and rally while sitting down on a small little hill. We tried to get close to the stage but there was no way to get that far in the huge crowd of people. I was content. We could hear and see the rally as well as watch so many people joining the crowd with their signs. I could feel everybody’s energy pulsing through me. The speakers said many things that resonated with me. Things about how people from all walks of life deserve equal rights. About how all people had a place in America weather they were an immigrant or not, no matter their sexuality, race, religion, or what gender they identify as. About how we were “connected in a chain of love” with a common goal to spread our message. The most important message they conveyed was that hate and violence had no place in making a change and trying to spread love. They talked about something that I had heard for the first time: “The Grass Root Movement” which meant starting in our own communities motivated by the feeling we had in that moment: The feeling that anything is possible no matter how great a feat. All the small changes we have the power to make at home equal big changes, big changes equal movements, movements equal transformation, and this transformation is what changes the world. Look at where we were in 1913 and where we are now. Progress may be hard to come by, but I believe with my full heart that it is possible.

We marched. We marched with a goal, with a mission, with a passion, and with love not hate, in our hearts. As I looked out at the humongous sea of people, I realized that we are a family. Not just the 2.6 million of us marching globally, but all of us. To be perfectly honest with you there were many people there who marched for political reasons but that’s not why I marched. To me it’s not about Democrat or Republican; Clinton or Trump; black, brown or white; Sikh, Muslim, or Christian; gay or straight; transgender or genderqueer; but about how every single one of us is human. I wasn’t marching to change our government but to help implement the view that everyone deserves to be treated equally. Why is that such a huge demand? I have accepted that the world can change but this change will take work but I still wonder…

“Why is it so hard to accept equality?”.

Those are the words that inspire and motivate me every day,