Attack on our democracy

You are here:
PoliticsWorld News 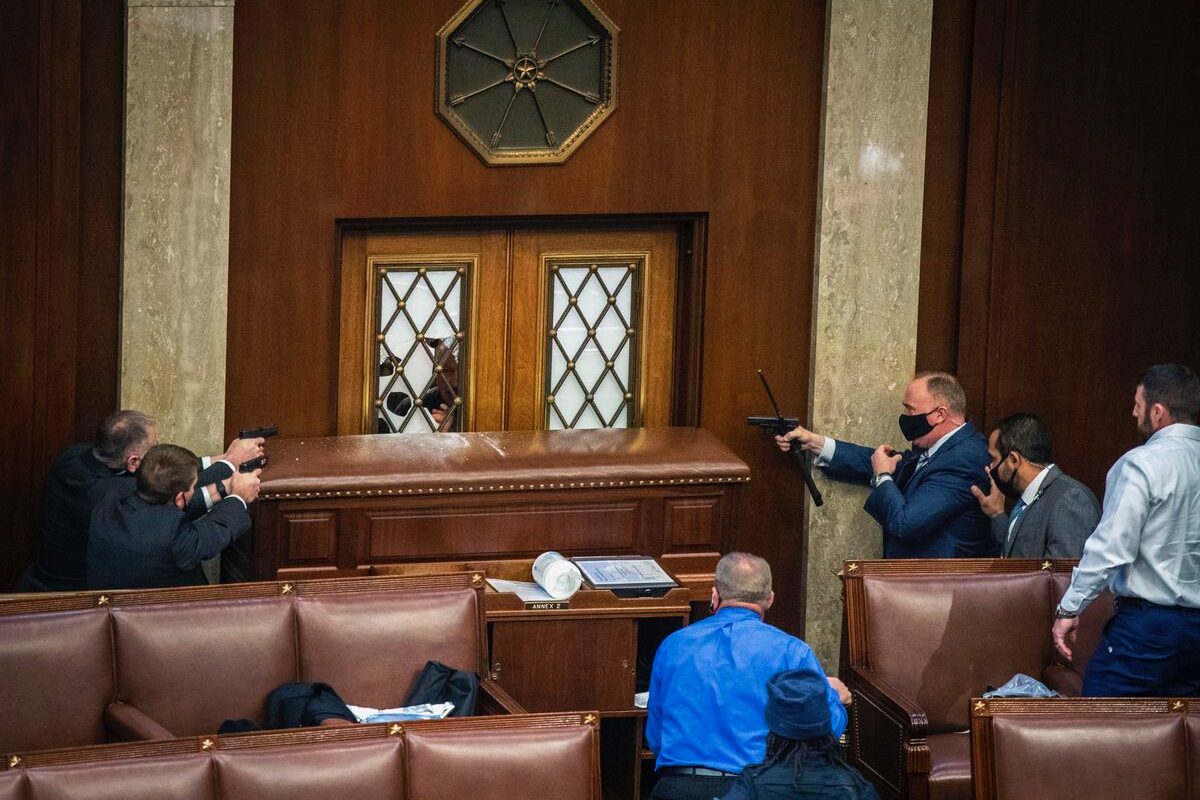 This day was an attack on our democracy, yes, but more than that, an attack on our humanity and an attack on empathy. We witnessed the manifestation of years and centuries of oppression and a buildup of systemic hate in its most raw form. This was not simply a moment but a buildup and a warning – a warning we must take loud and clear. From the very beginning of his presidency, Donald Trump has built foundations of lies that have grown for the past four years. This is not political – it goes to the very heart of our democracy and identity as people. Each and every one of us has a responsibility and duty to stand on the side of liberation and justice.

I am not going to mince my words – what we witnessed was a culmination of Trump’s fascism. As former Secretary of State Madeline Albright stated, “I don’t think fascism is an ideology. I think it is a method, it’s a system.” Methods of insurgence, fear-mongering, and perpetual denial of the most basic tenets of democracy surely constitute.

The events of yesterday were layered and told a tale of injustice. The stark contrast between the events of this summer and those of yesterday just underlines the need for real change in how we look at our institutions. If yesterday’s protestors were marching in support of BLM, the use of force would inevitably be extremely different. This is something we cannot forget or simply brush over. It only reaffirms the radical change needed in our systems of policing.

Here’s the thing – resilience will always reign supreme even if it doesn’t seem like it right now. Now more than ever we must hold institutions and systems accountable. We must come together to create change centering and amplifying the most vulnerable. Do not let your joy burn out – joy fuels resistance because there is joy in resistance. There is joy in the ushering in of a new era come January 20th. There is joy in the victories of Jon Ossoff and Reverend Warnock coming as a result largely due to organizers of color. There is joy in our collective empathy and care for each other.

I pray to Waheguru (God)  that we can see the humanity in each other enough to create real and radical change. Take care of yourselves – breathe, drink water, tune the screens out, and hold onto hope because that is our greatest superpower.

We will continue to organize, mobilize, and catalyze. We have to.